The Path to a Protest

9/22 “The best laid plans…” –  Editorial states that the local committee’s objectives were too vague and not enough planning had been done. 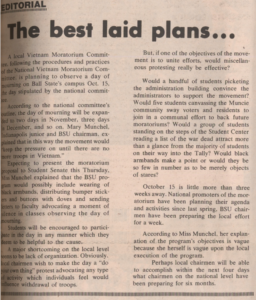 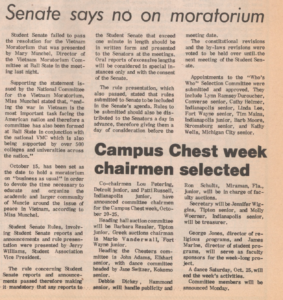 10/1 “Moratorium to go before Senate again” – no quorum during first hearing. Article indicates that we are much more organized at this point with many more activities planned. 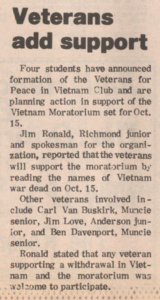 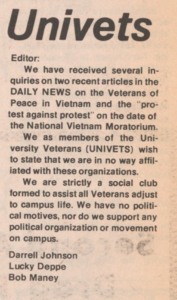 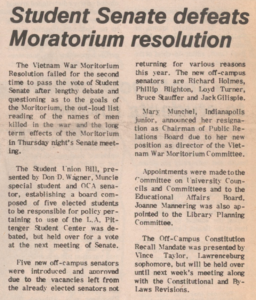 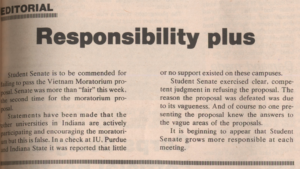 10/3 “Learning from failures” – Argues that we accept that protesting does not work. 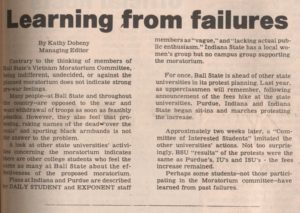 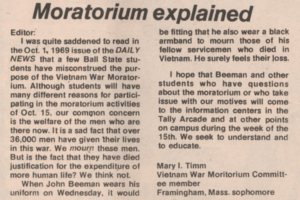 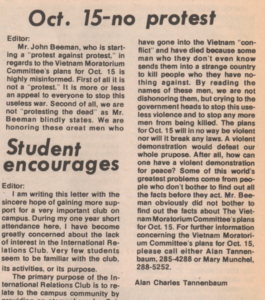 10/7 “Chorus requested” – Suggests that “sandbox politicians” sing “We Represent the Lollipop Kids” at end of each session.

10/7 “Vets inform” – Counter-protesters clarify that they are protesting the reading of the names of the dead. 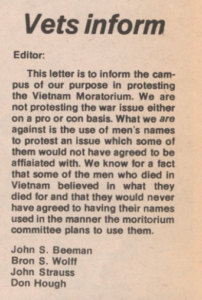 10/8 “Final suggestion” – Counter-protesters decide on not wearing uniforms but handing out leaflets stating that names should not be read.

10/9 “Freshman upset” – VMC member defends reading of names as respecting the men who died and points out educational aspects of programs on October 15th. 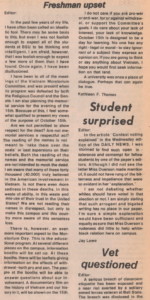 10/10 “Clarity desired” – Response to Mary Timm about defeat of resolution.

10/11 Daily News editor hopes that VMC will not get support. 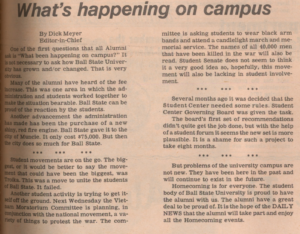 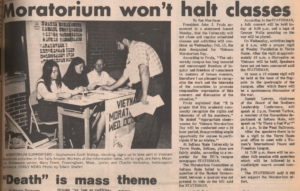 10/14 “Moratorium misrepresentation” VMC member clarifies the goals and plans of the VMC. 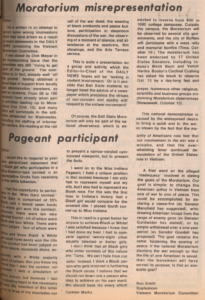 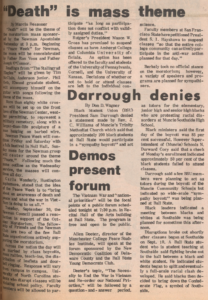 10/15 “Observances planned for moratorium” – outline of day’s activities.  It sounds like a very full, well-organized day. 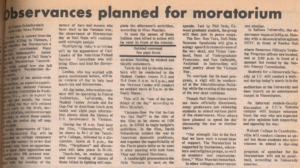