The framing of the Alley House is completed! A “Topping Out” celebration was held on Monday, December 19th.

Originally a Scandinavian tradition, the practice of “topping out” a new building can be traced to the ancient rite of placing a tree atop a new building to appease the tree-dwelling spirits displaced in its construction. An important component of timber frame construction, this custom migrated to America where a tree or leafy branch is placed on the topmost wood beam, often with flags and streamers tied to it. A toast is usually shared, and the workers are treated to a meal.

For the Alley House ceremony, each member of the crew and visitors were given a ribbon to tie around the tree. A Scandinavian mulled spice drink and refreshment were served following in the steps of the “topping out” tradition.

Among the attendees celebrating the event was Abigail Lane and Joe Bowling from Englewood CDC, Dan Porzel the general contractor, two students from the Build Team Nik Seiber and Andre King, faculty member Pam Harwood and the entire framing crew. 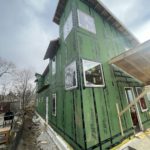 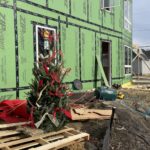 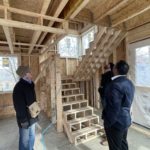 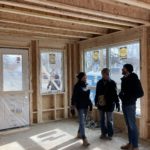 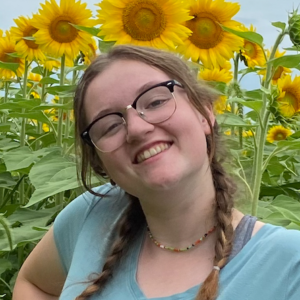 I am the team lead focusing on the engineering and integrated design. Working on the Solar Decathlon project has been a big learning experience. I have gotten exposed to the construction industry and learned about the construction management process firsthand, and about what technologies and detailing goes into a net zero home. As the team leader of the undergraduate team, I have learned about managing people and creating paths of communication. There are a lot of people involved in this project and that creates a need for very clear communication and distribution of tasks. This whole experience has made me a stronger leader, increased my communication skills, and has taught me so much about construction, graphical communication, and architectural detailing.