The Life-Preserving Power of an Enzyme and the Oxidation Reaction

Along with 30.3 million other Americans, I live with diabetes (a autoimmune disease that deals with the body’s production of or reaction to insulin). With 1.5 million new diagnoses each year, diabetes has become an epidemic. Treating and monitoring diabetes is not only a highly important area of research, but a lucrative area as well. Because of this, the treatment plan for diabetics is constantly being renovated and improved.

Despite the constant change of treatment plans, one of the staples for the last 40 years has been a glucometer. The glucometer is a device that tells the user the concentration of glucose in the blood and is essential to the daily life of the diabetic.

In 1908, Benedict created a way to test urine for glucose using copper reagent that tested the amount of glucose present in the urine. Benedict’s method paved the way for the creation of the glucometer. The next development in the glucometer didn’t occur until 1970 when Anton H. Clemens created the enzyme glucose oxidase. However, his method was only available to patients in a physician’s office, making reliable and consistent monitoring of glucose levels impossible. 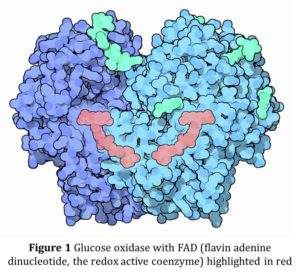 In 1980, the first glucometer (Dextrometer) was released by the Ames Company. For the last fifteen years, I have used this device four times a day after using it so many times, it’s becomes more of a ritual then something I really think about. I prick my finger, apply the blood sample to the test strip, read the given number and move on with my life, not hesitating to consider how this magical machine spits out the number I base my injections on.

The real key to the glucometer’s success is the enzyme glucose oxidase. Other enzymes can be employed; however, glucose oxidase is the most common to be utilized due to its low cost, high sensitivity to glucose concentration and its tolerance to high pH and temperature changes. This enzyme is applied to disposable test strips which, when inserted into the glucometer, oxidize the now- present glucose molecules. 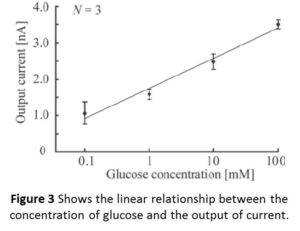 This number is literally invaluable and can let me know if I am safe, if I need to take an injection of insulin, or if I need to intake some sugar. If my blood sugars are too high, acid can build up in my blood and my body can experience long-term damage; with enough wear and tear, high blood sugars and ketoacidosis can cause blindness or make amputation necessary.

If my blood sugars are too low, I am in immediate danger of passing out and going into a diabetic coma. Stakes are always high when it comes to glucose monitoring, and relying on the glucometer to help makes the task accomplishable. 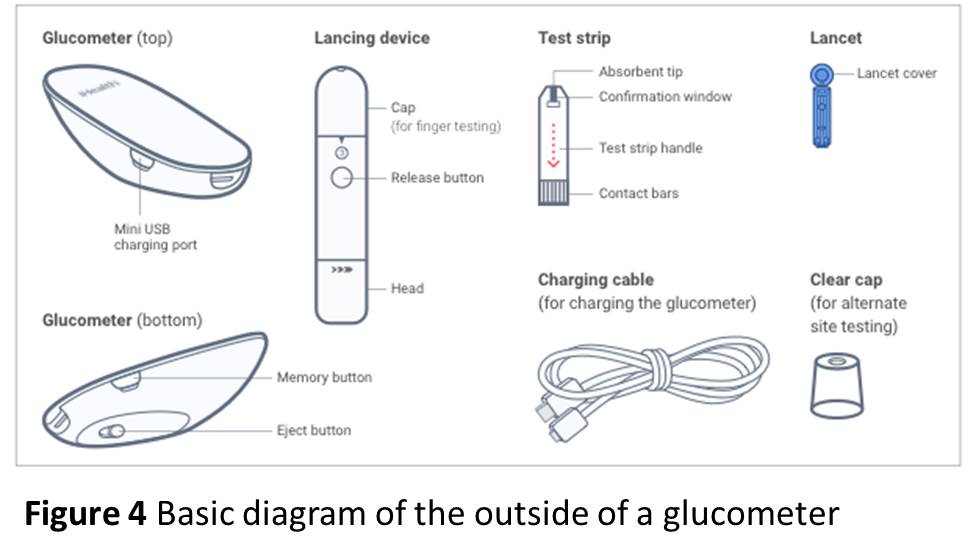 As the rate of diagnoses continues to increase new developments in the field of diabetes care are always being sought after. While the glucometer remains the most commonly employed device by American diabetics, Constant Glucose Monitoring systems (CGM) are becoming more and more popular with physicians and patients alike. The CGM utilizes a disposable sensor that uses the same enzyme employed by the glucometer: glucose oxidase. Instead of puncturing and testing the blood, this sensor is inserted just under the skin and tests the amount of glucose in the surrounding fluids in intervals from 3 to 5 minutes.

The use of glucose oxidase requires any glucose monitors to have a disposable piece, such as a test strip (in the case of the glucometer) or the sensor (in the case of the CGM). Much research is being done to find alternatives to the consumable enzyme. 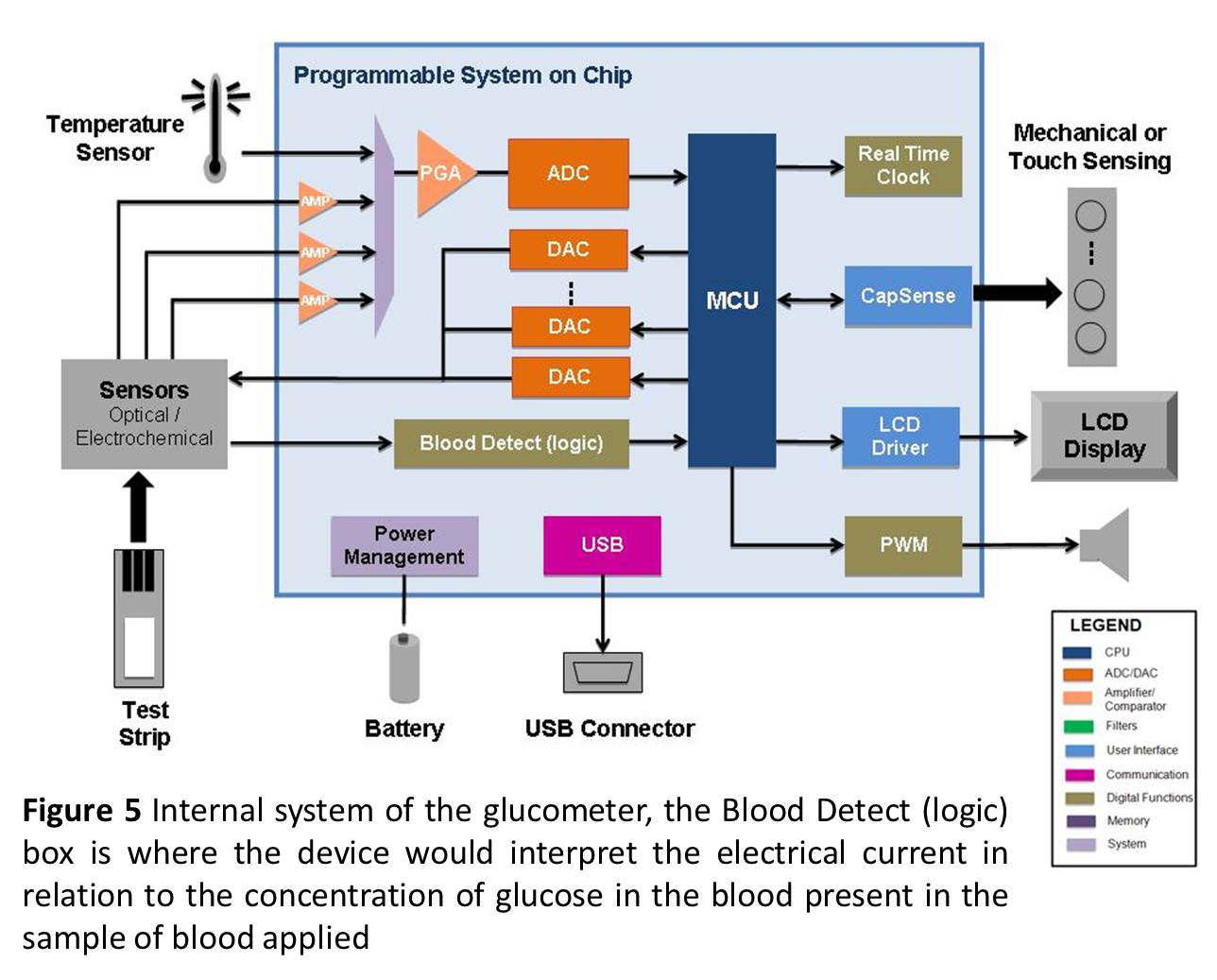