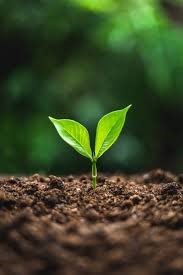 Mars, the future home of humanity, the next frontier. What if I told you mars wants nothing more than to kill you? That’s right, the red planet is a dangerous place, and its deadly secret lies in the dirt. Far from ideal growing conditions, the regolith (the term for dirt with no organic matter) contains dangerous chlorine containing molecules called perchlorates. This poses a challenge for growing plants on the red planet, along with other unforeseen consequences. 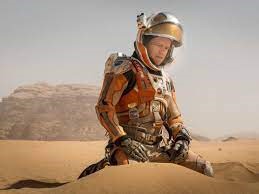 You may have seen science fiction stories of growing plants on Mars, think of “The Martian” starring Matt Damon. In the movie, we see our intrepid scientist growing potatoes in the Martian dirt, emphasizing how important this will be when we actually send people to Mars. What does the movie leave out? Well, a LOT. The process of filtering out perchlorates from that dirt, a toxic chemical which has been found to be present in high quantities in Mars dirt. Though this can be done, it is only one of the challenges that the toxic Martian dirt poses.

Another challenge? Martian dust storms are frequent, can cover the entire planet, and can be weeks long. While this alone would cause numerous challenges for a would-be human colonists, such as blocking solar panels, the fact that these are TOXIC dust storms only feels like insult to injury. Good luck avoiding the toxic dirt when it is, literally, covering your habitat.

You might be wondering, just how toxic are perchlorates? Well for starters, they occur naturally on Earth, forming in the atmosphere and in nature. These low amounts, which are in our water and food by the way, don’t usually cause problems. See, perchlorates affect your thyroid gland, harming your body’s ability to uptake Iodine. On Mars, we could expect to be exposed to much more of this chemical. Our travelers could take iodine pills to circumvent this issue, but the situation is by no means ideal.

Speaking of all the ways Mars wants to kill you, it is important to mention that there is actually a threat even more difficult to overcome than toxic dirt. Radiation. While Earths magnetic fields and thick atmosphere protect us from the suns radiation, Mars has a thin atmosphere and no magnetic field to speak of. This means Mars is about 40-50 times as radioactive as the Earths surface.

While the “easiest” solution would be to live underground like some Martian hermits, that is not only difficult to maintain, but also ridiculously bad for mental health and the astronauts well being. To solve this problem, NASA sponsored a competition called the 3D Printing Centennial Challenge, in which teams proposed different 3d printed Martian habitat ideas. Interestingly, it was proposed even to use the Martian regolith as material for the 3D printed homes, taking the safety of the cave idea and bringing it to light, literally.

While making Mars a home will be a toxic, radioactive, and lonely endeavor, there are numerous ideas and methods for circumventing these dangers. Like pioneers of old, new challenges require new ideas, innovation, and in some cases, good old dirt (or Martian regolith) under your nails.