COVID-19: A Threat to Both Humanity and the Environment

Most know of the dangerous threat that COVID-19 directly poses for humans; however, many are unaware of the dangerously negative impact that plastic pollution caused by COVID-19 has had on our environment, specifically our oceans.

You might think that this plastic pollution issue stemmed from consumer consumption of online orders that typically use plastic packaging. However, in a study titled “Plastic waste release caused by COVID-19 and its fate in the global ocean”, conducted by Yiming Peng, Peipei Wu, Amina T. Schartup, and Yanxu Zhang, it was found that hospitals were the largest plastic waste generators, contributing 73% of the total global plastic waste. 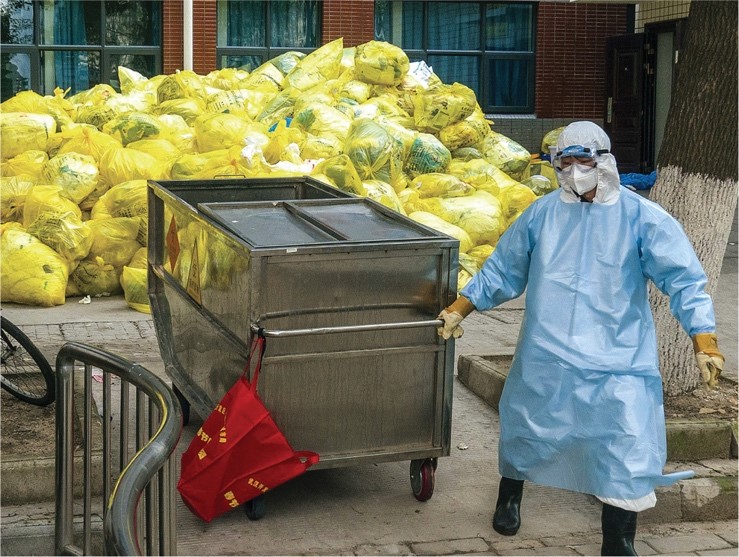 These researchers found that, during the COVID-19 pandemic, plastic was extremely crucial within the healthcare sector. This is because, not only is it inexpensive and durable, but it also has a variety of uses, including in hospitals and numerous types of PPE (personal protective equipment). The role of plastic during the pandemic was so vital that many countries lifted single-use plastic restrictions, and, due to the threat of the spread of COVID-19, restrictions were added to recycling programs. Additionally, although plastic consumer packaging was not the main source of the increase in plastic pollution, due to the increase in online shopping caused by COVID-19, it was still a direct contributor to the spike.

Using the reported consumption of plastic by each country and several different models, they estimated that were mainly distributed in ocean regions. Based on the typical way that plastics distribute in the ocean, they also estimated that most plastics will end up in the seabed or beaches and that, by 2025, five garbage patches in the oceans will merge. 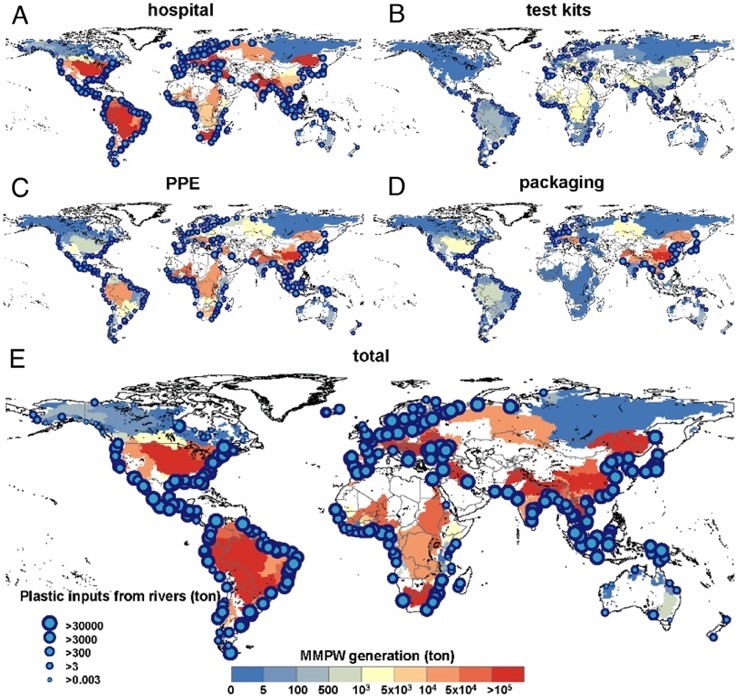 This is not only concerning just because of the increase of plastic presence in our oceans, but also because of the effect that plastic debris can have on the marine environment. Specifically, plastics in the ocean often exist as plastic debris that contain several organic contaminants, such as BPA, several of which are hydrophobic and are absorbed from the surrounding sea water, and are small enough that their chemicals “can penetrate into cells, chemically interact with biologically important molecules and may disrupt the endocrine system”. Ultimately, this spike in plastics in the ocean is distressing because once in the ocean they can transfer these harmful contaminants to animals.

We, humanity, knew that the pandemic was a direct threat to our health, but what many of us didn’t realize is that it was also a huge threat towards our environment and our oceans. Whilst the problem may already exist, according to Peng, Wu, Schartup, and Zhang, there is still a way to combat the damage that has been caused. First, the world must change the way that waste, specifically plastic waste, is managed. To do this, humanity must not only develop better technologies to deal with plastic waste, but we must also be more willing to promote and support technologies that already exist. More than any of this, however, we must be more focused on developing environmentally-friendly, biodegradable replacements for the roles that in which plastic is currently vital.