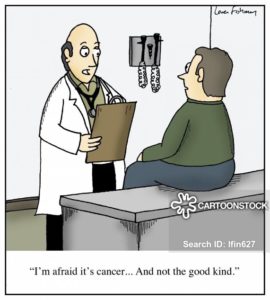 Imagine living in a time period where treatments to different types of cancers didn’t exist. If one of your family members was to be diagnosed with this disease it was almost guaranteed that they would be counting their final days. This actually started to hit close to home after losing a family member of mine after being diagnosed with stage four stomach cancer.

Modern medicine is becoming more accessible for many people across the world. Unfortunately, cancer still takes the lives of many of our loved ones every year. Breast cancer alone takes the lives of nearly 42 thousand women annually. However, we have begun to see that the number of breast cancer cases has been decreasing by nearly a half of a percent annually.

When chemotherapy drugs were first being marketed there was only one way to treat this horrific disease and that was to kill all of the cells in the body. However, this would force the body to start over. Kind of like if we were playing the board game Monopoly, and you got the Chance card that sent you directly to jail and you didn’t get to pass go. You miss out on the 200 dollars for passing go. For those who were diagnosed with cancer these treatments would potentially kill all of these cells in their bodies even the good ones and force them to start over. On the same token, killing all of these cells could make patients extremely ill. Their white blood cell count and immune system would not be able to keep up with the amount of damage the treatment has done to their body. 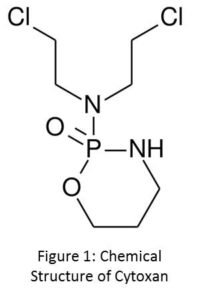 One of the most common forms of chemotherapy was the pharmaceutical Cyclophosphamide. In the industry this chemotherapy went by the name Cytoxan. This specific drug falls into the category of alkylating agent. Normal cells in the body have a checks and balance system that allows them to limit the amount of times they divide when they come into contact with one another. However, when cancer cells come into contact with each other they lose this property, and this is where Cytoxan takes its place. The job of Cytoxan is to stop the cancer cells from reproducing. The only way of doing this is to damage the DNA or RNA sequence inside of the cell. Without the specific DNA sequence required cells are not allowed to reproduce. The one downfall to chemotherapy is that the drug cannot tell the difference between normal and cancerous cells.

What if there was some way, we could target a group of cells we wanted to get rid of instead? There has been a lot of research done on this question and it turns out that it is possible to target a group of cells! As of right now there is one new drug to hit the market and it is named Vitravki, it has the same purpose of previous chemotherapies but instead its target are cells that have a specific genetic sequence. This chemotherapy was just approved by the FDA and started to be implemented immediately. The way Vitrakvi works is that it will attack cells with that contain the NTRK gene. 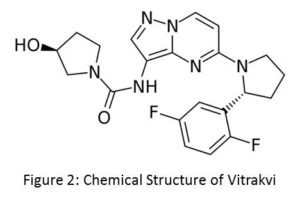 This is where we are starting to see the medical field evolve! These new types of treatments are targeting the cancerous cells in the body and will not allow them to reproduce. Another benefit to these new types of chemotherapies is that patients will no longer feel as ill and weak all the time. Since we are heading in the direction of targeting specific cells there is hope that the body’s immune system will be able to still fight and prevent any other types of illness during the treatment. An interesting discovery that has also been noticed is that these new chemotherapies will decrease the percentage of developing any other forms of cancer later in life. My only concern to this is how accessible is this type of drug to cancer patients, and how much does it cost? Insurance can only cover so much, and hopefully it is not too expensive to where you spend the rest of your life paying off your medical debt.

Seeing our loved ones die of such a horrific disease is never easy and it can be so unexpected. However, it is good to see that the research is heading in the right direction. Now that we are able to spot specific genetic mutations in cells maybe down the road, we will be able to target more contributors to cancer cell growth. We now live in a time period where cancer is very scary yet becoming very treatable depending on how early we are able to catch it.