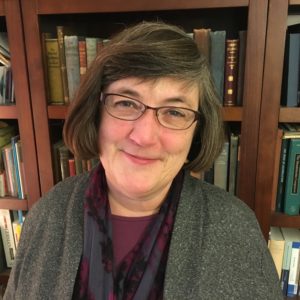 Musicologist Marian Wilson Kimber has been researching women in music for over two decades. Her scholarship explores issues surrounding biography, gender, musical reception, and relationships between music and the spoken word. Her publications have centered on Fanny Mendelssohn Hensel, Felix Mendelssohn, and women’s roles in American musical life. Wilson Kimber’s book The Elocutionists: Women, Music, and the Spoken Word (University of Illinois Press, 2017), was the recipient of the Society for American Music’s H. Earle Johnson Publication Subvention, as well as a subvention from the American Musicological Society’s 75 PAYS Endowment, funded in part by the National Endowment for the Humanities and the Mellon Foundation. The book explores the leading role American women played in performances of poetic recitation with musical accompaniment, Delsarte posing, and choral speaking, and the development of spoken-word compositions by women composers for female audiences.

As half of Red Vespa with pianist Natalie Landowski, Wilson Kimber has recently been reviving the art of women’s musical readings, as well as commissioning new spoken-word works. The duo has performed the comic compositions of Phyllis Fergus, Frieda Peycke, and others in Kansas City, Des Moines, Washington, DC, and as the William A. Hammond Lecture on the American Tradition for The Ohio State University.

Wilson Kimber’s recent research considers the importance of women’s musical organizations in the United States. Her article about women composers’ concerts at the White House was published in the Journal of the Society for American Music in 2018. Wilson Kimber’s previous publications include the frequently cited article, “The Suppression of Fanny Mendelssohn: Rethinking Feminist Biography,” published in 19th-Century Music, and a study of Fanny Hensel’s remarkable piano cycle, Das Jahr in The Journal of Musicological Research. She has spoken about Hensel at conferences at Florida State University, Montana State University, the Hochschule der Künste Berlin, and Ewha Womans University in Seoul. Wilson Kimber has presented multiple papers at meetings of the American Musicological Society and the Society for American Music. Several of her publications deal with music in relation to Jane Austen, and her current project is a study of women’s peace songs for Eleanor Roosevelt.

Wilson Kimber is Professor of Musicology at the University of Iowa, where she has taught since 2004. She was selected to give the Master Teacher Lecture at the meeting of the American Musicological Society in 2011.