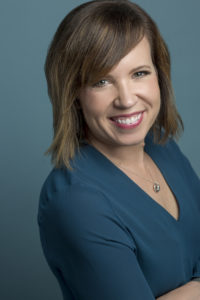 The keynote speaker at the 2020 Ball State Student History Conference is Kimberly A. Hamlin. Her talk “Helen Hamilton Gardener and the Secret History of How Women Got the Vote,” will mark the 100th anniversary of women’s suffrage by considering this landmark in terms of the Reconstruction Amendments, the Long Civil Rights Movement, and #MeToo.

Hamlin is a cultural historian specializing in women, gender, sex, science, and politics. A recipient of the National Endowment for the Humanities (NEH) Public Scholar Award, Hamlin regularly contributes to media outlets including the Washington Post, and lectures on women and gender-related topics as a Distinguished Lecturer for the Organization of American Historians and a member of the Ohio Humanities Council Speakers Bureau.

Her second book, Free Thinker: Sex, Suffrage, and the Extraordinary Life of Helen Hamilton Gardener (W.W. Norton, 2020), tells the remarkable story of the “fallen woman” who changed her name, reinvented herself, and became the “most potent factor” in Congressional passage of the 19th Amendment as well as the highest-ranking woman in federal government.

Hamlin is actively involved in local and national suffrage centennial activities including guest editing with Professors Cathleen Cahill and Crystal Feimster, a special suffrage centennial issue of the Journal of the Gilded Age and Progressive Era. Hamlin’s previous book, From Eve to Evolution: Darwin, Science, and Women’s Rights in Gilded Age America (University of Chicago Press, 2014), analyzes the U.S. reception of Darwin in terms of gender and features the first full-length study of women’s responses to evolutionary theory. 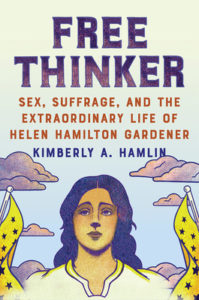 Hamlin has received the Carrie Chapman Catt Prize for Research on Women and Politics, the Margaret Rossiter Prize for Research on Women/Gender and Science (from the History of Science Society), and the Emerging Scholar Award from the Nineteenth Century Studies Association, in addition to research fellowships from the New England Regional Fellowship Consortium, the Huntington Library, the Sophia Smith Collection, and others.

Hamlin has also published on the origins of the Miss America Pageant, the Girl Scouts, bearded ladies, women running for president, the Equal Rights Amendment, and contributed to various PBS documentaries.

Hamlin is an Associate Professor of History and Global and Intercultural Studies at Miami University in Ohio.”

You can learn more about Hamlin on her website.

Submit your work to the conference.

How far are you from the Student History Conference? Learn more.