What’s that called again? These are words every designer should know from the Newspaper Designer’s Handbook by Tim Harrower. 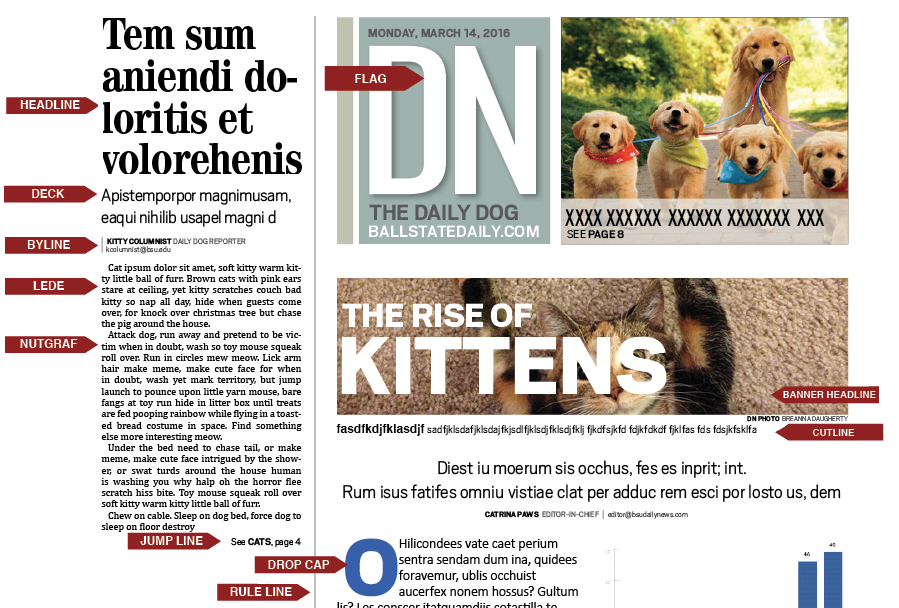 Banner: A wide headline extending across the entire page.

Byline: The reporter’s name, usually at the beginning of a story.

Cutline: A line or block of type providing descriptive information about a photo.

Flag: The name of a newspaper as it’s displayed on Page One; also called a nameplate.

Folio: Type at the top of an inside page giving the newspaper’s name, date and page number.

Grid: The underlying pattern of lines forming the framework of a page; also, to align elements on a page.

Headline: Large type running above or beside a story to summarize its content; also called a head, for short.

Leading: Vertical spacing between lines of type, measured in points.

Tabloid: A newspaper format that’s roughly half the size of a broadsheet newspaper.